On the School-Choice Barricades

Former D.C. councilman Kevin Chavous talks about his battles with teachers unions across the country and why the voucher movement is advancing.

‘It’s like a tale of two Americas on school choice,” says Kevin Chavous. There’s the status quo that includes the teachers unions and their allies. “And then there’s the other America”—those “who have to suffer every day because their kids aren’t getting the education they deserve.”

By his lights, school choice is a war between the “haves” and “have-nots.” “The only people fighting educational choice are the people who have educational choice,” notes the former Washington, D.C., councilman.

Mr. Chavous ought to know, because for four years he has battled on the front lines of education reform as a founding board member and executive counsel for the nonprofit American Federation for Children (AFC). The organization publicly lobbies for school choice, and in particular focuses on private-school scholarship programs that typically receive less charitable support than do charter schools. Its political action committee battles to elect pro-choice lawmakers in the states.

You might say Mr. Chavous and his operation, with about 30 employees, are the shock troops for school choice on the other side of the barricades from the unions. The National Education Association has more money (some $1.4 billion in revenue) and three million members.

But Mr. Chavous has the political power of an idea—education opportunity for all—and school choice is clearly making inroads nationwide. In 2000 four states had private-school choice programs with 29,000 kids. Today, 19 states boast programs that enroll more than 308,000 children.

“This year, 2014, we saw the largest single-year growth in enrollment in programs in the history of school choice,” he says. The fastest-growing state is Indiana, which is expected to award 30,000 scholarships this year, up from 590 in 2010. “And the momentum’s not going to stop.”

AFC and its 501(c)(3) sister organization, Alliance for School Choice, have been the movement’s boots on the ground, mobilizing support and repulsing attacks by the teachers unions. Mr. Chavous says that one of the most important things he does is enlist “messengers.”

“We have to get the trusting voices that people listen to,” he says. “One thing I do when I’m talking to Democratic legislators in states that are considering [choice programs], particularly African-American legislators, is match them with their African-American colleagues who have been through this in other states.”

He has also drafted celebrities who, he says, don’t approach the issue with “political baggage.” For instance, he recruited former basketball stars Lisa Leslie, a three-time MVP award winner in the WNBA, and Jalen Rose, now an ESPN analyst, to record public-service announcements backing school choice. Other messengers include black civil-rights and church leaders. Last year Mr. Chavous helped organize a rally in Memphis with a keynote speech by the city’s most prominent minister, Rev. Dwight Montgomery.

Unions tell parents “that this is a Republican conspiracy,” Mr. Chavous says, or “that you all are trying to destroy neighborhood schools.” When low-income, working families are “told bad things, they initially fight. But when they understand what this is all about, I’ve heard so many parents tell me, ‘Well, you didn’t tell us . . . I can get a scholarship to the Catholic school, this private school that I’ve been wanting to send my kids to for years, if this passes.’ ”

School-choice opponents, he says, use a “playbook,” which entails, among other things, outright lying. A typical accusation is that choice advocates are bought by the billionaire Koch brothers. Opponents also claim that vouchers don’t work, but then struggle to explain the high demand among parents who they then claim don’t know what’s best for their kids.

There have been few controlled studies, Mr. Chavous notes, but data generally show that the children who receive scholarships benefit educationally. In Washington, D.C., he says, “90% of these kids are going to college. That’s 50 points higher than public schools.” In Florida and Louisiana, academic growth among voucher recipients is on par with their public-school counterparts despite students coming from disadvantaged backgrounds.

In any case, he says, “If schools aren’t working or are doing crazy stuff, we can always take them out of the program, which is what [state superintendent] John White is starting to do in Louisiana.”

School-choice foes often target rural Republicans vulnerable to union pressure, Mr. Chavous says, “because their cousins, their wives, their sisters all are employed or have ties to what is often the largest employer in their county: the school districts.” Some politicians don’t want poor children attending their own children’s schools, which is why state legislators often seek to restrict choice programs to cities.

Unions used this strategy to defeat a voucher bill in Tennessee last year. Leading the opposition was GOP House Rep. Dennis Roach of Rutledge. Mr. Chavous’s operation fought back by targeting Mr. Roach in the Republican primary last month and he lost to businessman Jerry Sexton.

The move against Rep. Roach is part of a wider offensive this year to influence primaries across the country. All six candidates AFC endorsed in Oklahoma’s legislative primaries won, and all 11 of the candidates it backed in Arizona prevailed. The group has also backed candidates in primaries in Alabama, Florida, Georgia, Indiana, North Carolina and Wisconsin.

Though it lacks the unions’ millions, AFC can wage a serious fight with its annual budget of $15 million. The organization is funded by 1,300 individual donors and more than 75 foundations, but it is principally backed by the DeVos family of Michigan. Betsy DeVos, the wife of Amway billionaire Dick DeVos, is chairman of the board.

AFC also works closely with the Institute for Justice to defend school choice from union assaults in court. “We’ve seen it in Alabama, Arizona, Indiana, North Carolina, Ohio,” he says.

A case in point: Last week the Florida Education Association, the Florida School Boards Association, the state PTA and the state chapter of the NAACP filed a lawsuit to shut down Florida’s tax-credit scholarship program, the country’s largest. More than 70% of Florida’s 70,000 scholarship recipients are members of a minority group, and the average income of a family of four is $25,000.

“Florida, for us, is a watershed,” says Mr. Chavous, noting with some resignation that ultimately the case will be “in the hands of its Supreme Court, which is full of politics.” Yet he is optimistic—school-choice proponents have prevailed in most state Supreme Court cases over the past dozen years. The watershed case was the 2002 U.S. Supreme Court decision in Zelman v. Simmon-Harris that vouchers for religious schools don’t violate the Constitution’s ban on favoring one religion or another as long as they go to parents rather than the schools.

The unions’ last resort is enlisting theObama administration. Last year the Justice Department sued to block Louisiana’s voucher program on grounds that it violated 40-year-old federal desegregation orders. It was a peculiar argument: The state-wide program, which Mr. Chavous helped persuade black Democratic legislators to support in 2012, provides scholarships to students from poor families who attend schools graded C or below. Ninety percent of the beneficiaries are black.

“It’s interesting that DOJ has decided to pick up the baton and try to bootstrap some tenuous and frankly nonsensical segregation argument as a way to end the program,” Mr. Chavous says.

Louisiana placated a federal judge overseeing the case by agreeing to release more data on the program. But Mr. Chavous says he has heard that the Justice Department has been collecting evidence about Wisconsin’s voucher program, so another lawsuit may be coming. “I just see this as a pattern,” he says.

There was a time when Mr. Chavous, who calls himself a “recovering politician,” was the sort of person teachers unions recruited to their side. In 1992 he was elected to represent Washington’s eastern Ward 7, a predominantly black section with some “challenging” neighborhoods.

He says he began visiting city jails and perceived “the direct link between education, crime, homelessness, jobs, drug abuse, poverty.” Finding that “85% of our inmates were high-school dropouts,” Mr. Chavous says, he began to inspect the city’s broken public schools.

He was among the first Democrats nationwide to embrace charter schools. And he paid the price during a 1998 mayoral bid, when he says the union ran ads that said in essence “Chavous hates your kids.” He recalls being asked by his 7-year-old son, “Dad, why don’t you like my teacher?” Mr. Chavous finished second in the Democratic primary toAnthony Williams—who as mayor from 1999 to 2007 became one of Mr. Chavous’s staunchest school-choice allies.

In the 2000s Mr. Chavous worked to bring vouchers to Washington, drawing more fire from the teachers unions and prompting an irate phone call from then Sen. Ted Kennedy. He won the voucher fight but the unions exacted their revenge by ousting him from the City Council in 2004. The program flourished but then the Obama administration moved to cut it in 2009. Mr. Chavous mobilized protests.

“I will never forget walking down K Street during rush hour and this bus driver pulls over,” he says. “He opens the door and says, ‘Chavous, oh, man, I support you. I support Obama too, but he’s wrong. He shouldn’t be taking scholarships from them kids.’ ” In 2011 the Obama administration agreed with the new Republican House to restore voucher funding for five years.

Where does he expect the next inroads for vouchers? Without hesitation, he says: “Illinois. We have a couple of African-American legislators in the Senate who are ready to jump out in front.”

But the key, he says, will be electing Republican Bruce Rauner as governor in November. Mr. Chavous also believes Chicago Mayor Rahm Emanuel may soon get on board. “Rahm Emanuel—it’s no secret—is considering how to get these kids out of these bad schools and into these quality schools,” he says. “I’ve run into several African-American leaders who run private schools in Chicago who are hungering to get more of these kids into their program.”

He also sees “some opportunities” in New York state, though ultimately Mr. Chavous considers the entire country ripe for better school options. “This is really the fight for the soul of America,” he says. “Parents are tired of the status quo offering promises of change that don’t take place.”

Ms. Finley is an editorial writer for the Journal. 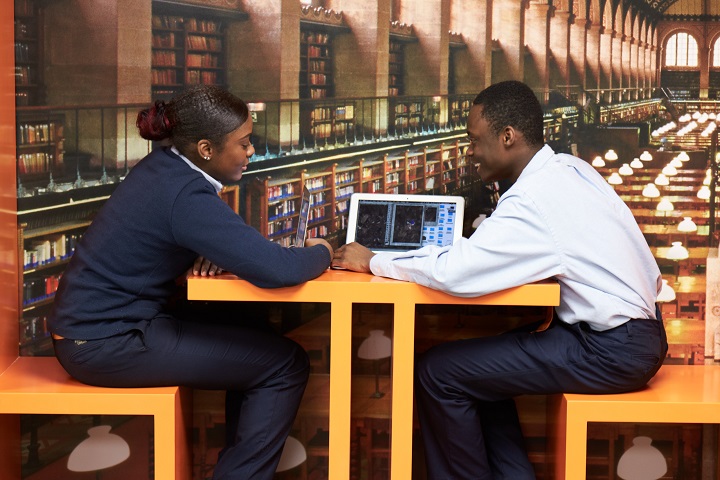 The Foundation supports efforts to increase competition and choice throughout the American educational system, public and private. 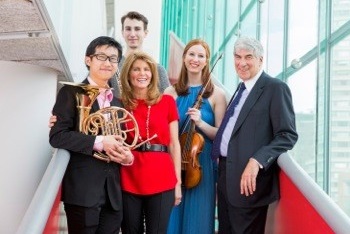 The Foundation rewards academic achievement and ambition by providing scholarships to students who have demonstrated leadership, strength of character, and determination. 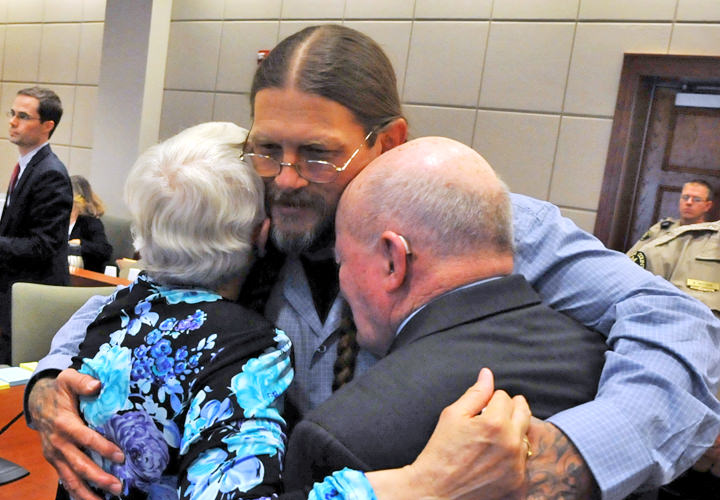 The Foundation advocates for an opportunity society that promotes a strong economy, provides effective and meaningful education for all, and helps the disadvantaged achieve a better life for themselves and their children. 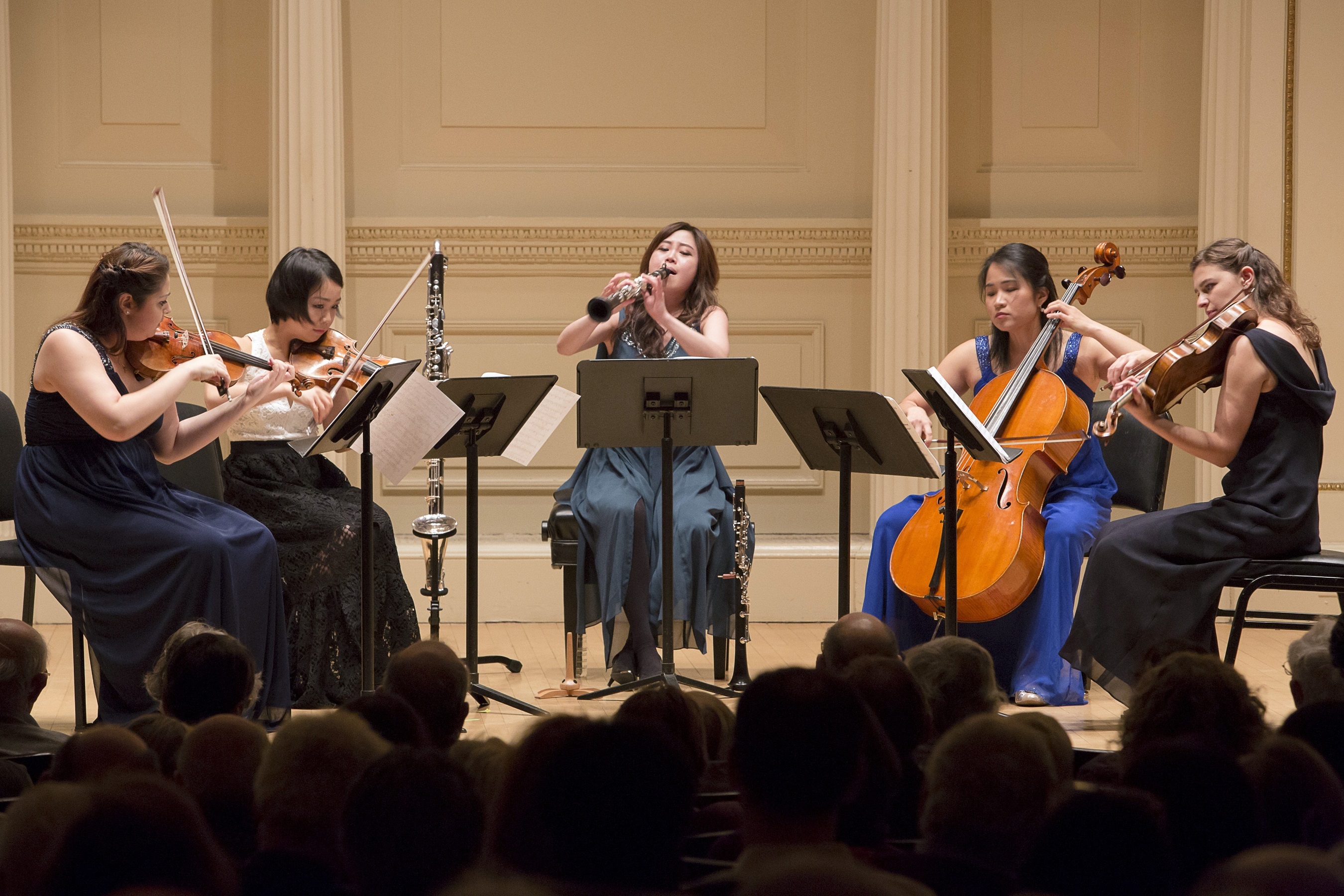 The Foundation supports a vibrant arts and cultural community that nurtures young artists and contributes to the well-being of the whole society.